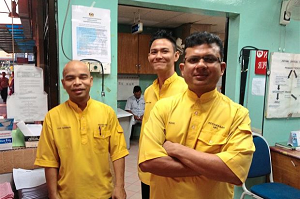 An emergency specialist went ‘undercover’ as a hospital attendant, an assistant medical officer and a nurse and realised how crucial the support team is to the Emergency Department. He shares his story with Sunday Star.

A DOCTOR does not work alone. This is especially true at the Emergency Department where a good team is needed to ensure all aspects of patient care are met.

Apart from doctors, the backbone of the team primarily comprises assistant medical officers (AMOs), nurses and hospital attendants (HA). Behind every service that a doctor renders to each patient, a lot of work is done “behind the scenes” by these groups of people.

For example, before a doctor sees a patient for consultation at the Emergency Department, “triaging” – the process of systematically sorting patients according to severity of illness, in which initial evaluation of patients’ syndromes include the assessment of vital signs such as blood pressure, heart rate, respiratory rate and temperature – is done by the triage officer who is either an AMO or a nurse.

Apart from triaging, AMOs and nurses also perform a wide range of jobs for patient care, from setting up intravenous lines to resuscitation of critically-ill patients, and subsequent care.

During resuscitation, a doctor may, among other things, order certain drugs to be prepared or given by a nurse and even direct AMOs or other staff to take turns doing chest compression or other procedures. And hospital attendants would be assisting doctors by sending specimens to the lab, cleaning and sterilising equipment, or pushing patients on wheelchairs or trolleys to the wards after admission has been decided by doctors.

I have been working as a doctor for almost 15 years, with eight of those years as a specialist in Emergency Medicine (Emergency Physician). In all those years, I have only observed and given remarks about their jobs but never performed their duties myself.

It struck me that I wanted to understand their work by experience, and so I asked my head of department at Hospital Kuala Lumpur, Professor Datuk Seri Dr Abu Hassan Asaari Abdullah, to allow me to perform their duties at my department.

After getting my roster as specialist arranged, and permission to “step into the others’ shoes” for two days, I informed the relevant supervisors and borrowed their uniforms, which I would wear on my duties.

In the Hospital Attendant’s shoes

I started off by making coffee for staff in the pantry. Having simple but tasteful coffee served in the pantry is among the little things in my department that keep our staff motivated. Or at least, it demonstrates that we care about our staff.

My coffee may not have been as good as Kak Noraini Hasan’s, who can whip up government-supplied coffee into tasty “San Francisco Coffee-like” brews, but I stirred a jug that passed as “all right” among the morning staff. Perhaps the secret ingredient is the passion and sincerity in making one.

I then moved on to the resuscitation area and began by cleaning used resuscitation equipment. With Pakcik Rashid (who has been with us for almost 30 years), I cleaned used oxygen masks, tubings and nebulizer containers. We washed and scrubbed them with soap and sponges before rinsing each one thoroughly. As I worked, I saw the passion Pakcik Rashid has in ensuring that each used equipment was cleaned and restored to as good as new. The equipment were subsequently autoclaved, sterilised and repacked before storing in hygienic conditions for future use. It was sheer hard work as each had to be scrubbed rigorously under running water with a specified cleaning solution.

Watching Pakcik Rashid cleaning them as thoroughly as he has been doing over the past 30 years, I realised what a gem we had in our attendants. Before this, all I knew was just ordering the equipment when I needed them. I never had the slightest idea of who cleaned up after me or who packed things up for me.

We owe it to them in ensuring our equipment are clean so that new patients who need them do not get infected.

After completing the cleaning, I moved to the consultation room to assist the doctors. My medical officer could not help smiling as I, his specialist, took orders from him. But in that green uniform, I was an attendant taking his every order diligently, in full character as his willing and ready staff. I assisted him in calling patients in or sending investigation specimens to the lab. Intermittently, I would send patients who needed admission to the wards.

A few members of staff in the ward recognised me in my attendant’s uniform and they could not help wondering what I was doing. When asked, I just smiled and continued with my work. I had to get my job done without any distraction.

Upon experiencing their work sending patients to the wards, I thought our hospital attendants were important “ambassadors” for our hospital. The way they handled and communicated with our patients on the way to the ward would shape patients’ perception of us.

The attendants had the opportunity to create a good impression of hospital services if they could provide comfort to patients as they are wheeled to the wards.

In the Assistant Medical Officer’s shoes

Having done with the attendant’s job, I next took on the role of assistant medical officer. Among others, my job was to handle patients at the triage counter. Here, every patient is assessed and vital signs are taken before the category of severity of illness is determined. Critical patients are categorised “red”, semi-critical “yellow” and non-critical “green”.

Performing triage is not an easy task. I found that in many situations, the AMOs had more experience and expertise than a young doctor. They not only used all their senses but at times also developed the “sixth” sense where, for a reason that cannot be explained, their gut feeling makes them decide that certain patients were not well and deserve to be in a critical category.

I also had to deal with patients with poor manners or arrogant behaviour. Nevertheless, my AMOs demonstrated sheer patience and respectable communication skills. Some patients were demanding but the AMOs used their skills to explain why some of them had to wait a bit longer than others when we are inundated with patients.

The AMOs’ role at the triage counter is the most challenging as they have to muster a lot of patience. They have to deal with arrogant and rude patients and relatives and still, under management’s order, remain calm and collected. They even smile in the face of adversity. There were episodes in the past where the AMOs were assaulted by dissatisfied relatives.

At times, it takes superhuman qualities to handle patients and relatives at the front counter but the AMOs handle all the challenging triage and communication for us while we concentrate on treating patients within protected walls.

Besides triaging, I also handled patients at the resuscitation zone, transferred and transported patients, stitched wounds, and assisted doctors and specialists in resuscitation and handling equipment, oxygen and ventilators. The AMOs are experts in all the equipment used in our department.

This experience gave me an insight into their challenges at work. Without their contribution, our work at the Emergency Department would be crippled.

In the Staff Nurse’s shoes

My next stint after doing the hospital attendant and AMO rounds was to work as a nurse. I borrowed the uniform of a male nurse and duly reported for duty to the matron. Everybody referred to me as Nurse Alza, my nickname for the day, and during the morning round with my boss, I was asked questions to which I had to answer as a nurse.

Among my duties were getting patients’ vital signs, fetching the electrocardiogram for an asthmatic patient, transferring patients to wards, charting patients’ observation, preparing drugs and equipment, and ensuring that each cubicle was clean and blankets and beds for the patients were clean and tidy.

While I worked, a psychiatric patient who had stabbed herself was brought in by ambulance with the knife in-situ. I prepared the “doughnut” stabilizer and did a urine toxicology test. The patient was fortunate as the knife had narrowly missed the large blood vessel in her tummy.

The only thing extra I did as a nurse was to perform an emergency ultrasound to assess abdominal injury. A number of our nurses and AMOs can do this. Thankfully, the patient was brought to the operation theatre in good time and survived. Meanwhile, the attending surgeon was puzzled to see me in a nurse’s uniform.

I now appreciate the work of my nurses very much. Many don’t even have time to have breakfast as the volume of patients at our department is very high even by international standards. They are indeed the backbone of our department.

As I completed all my chores in the shoes of hospital attendant, AMO and nurse, I gained a real understanding and perspective of their roles in my department. I believed this experience would arm me with real grassroot information on their function and improve my decision making and planning in my role as a specialist.

While in their shoes, I was reminded of the story of the “parachute packer”. There was a seasoned parachute jumper in the air force. He had jumped hundreds of times in his career and landed safely each time. When he was about to retire, the office held a farewell party. When the party ended, a stranger approached him to say hello.

“Do I know you from somewhere?” he asked. The stranger said: “I am your parachute packer. You probably never saw me as I worked silently in the store room. But I made sure that each parachute I packed was faultless and would open perfectly every time it was used. I am glad your parachutes had no problem and worked every time. All the best for you, Sir.”

That got the jumper thinking. He had never thought about the people who spent countless hours quietly making sure that he would be able to land safely and go home to his family. It hit him that he had never said thank you to this guy all his working life. And as he realised this, he went back to the parachute packer and thanked him.

Who are your parachute packers? In my department, I know who they are. Among others, they are my attendants, Assistant Medical Officers and my nurses.

I went back to my duty as a doctor with a new understanding and clear perspective of my parachute packers, and appreciation for them as part of my team. 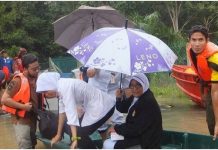 HEROES AMONG US: Despite their own homes being inundated, Kemaman Hospital staff put flood victims first 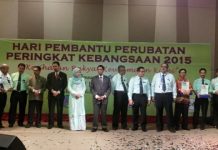 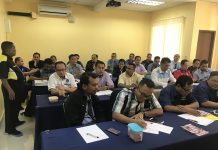 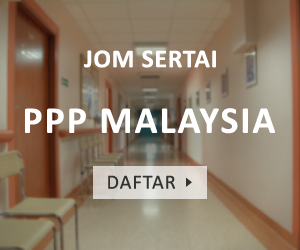 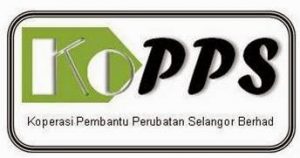